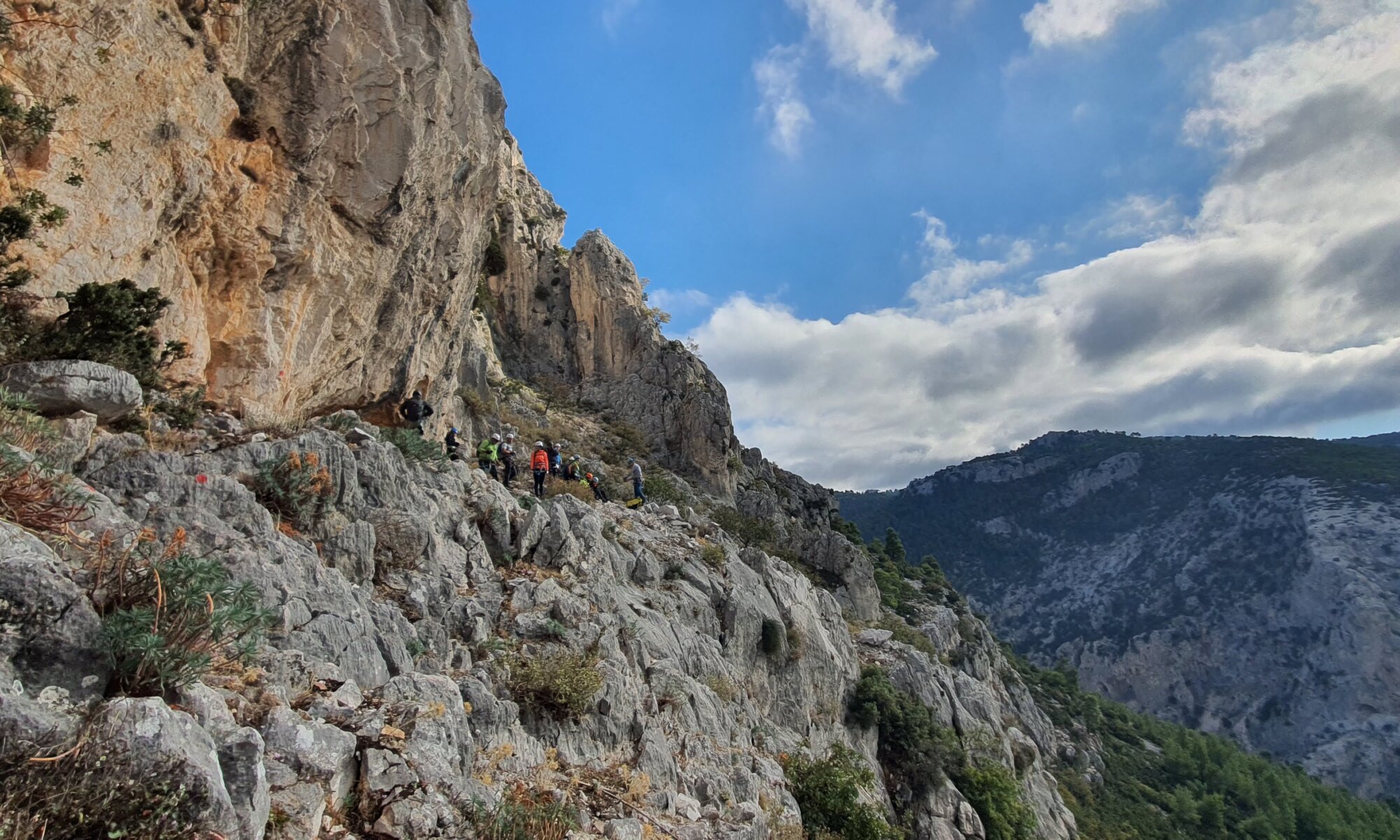 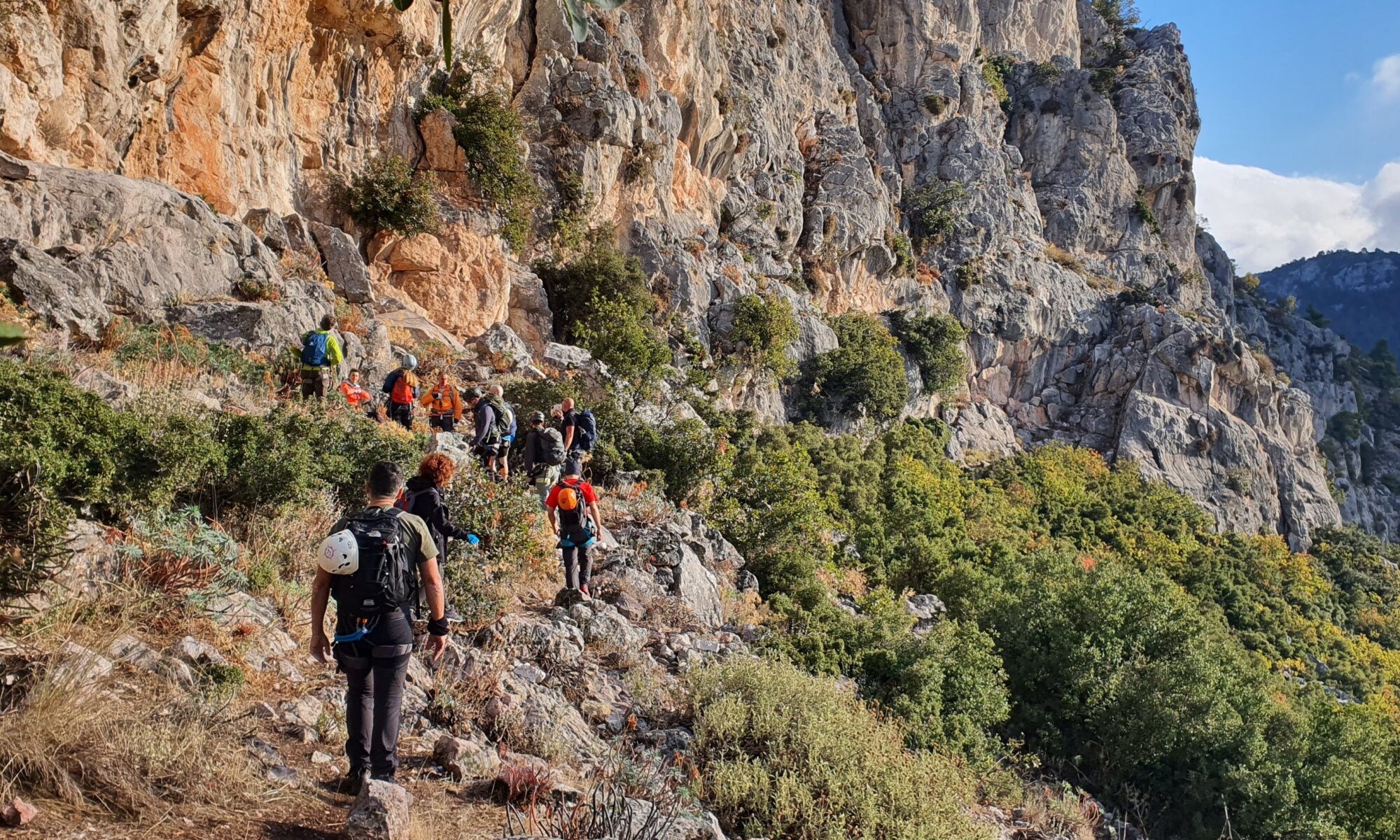 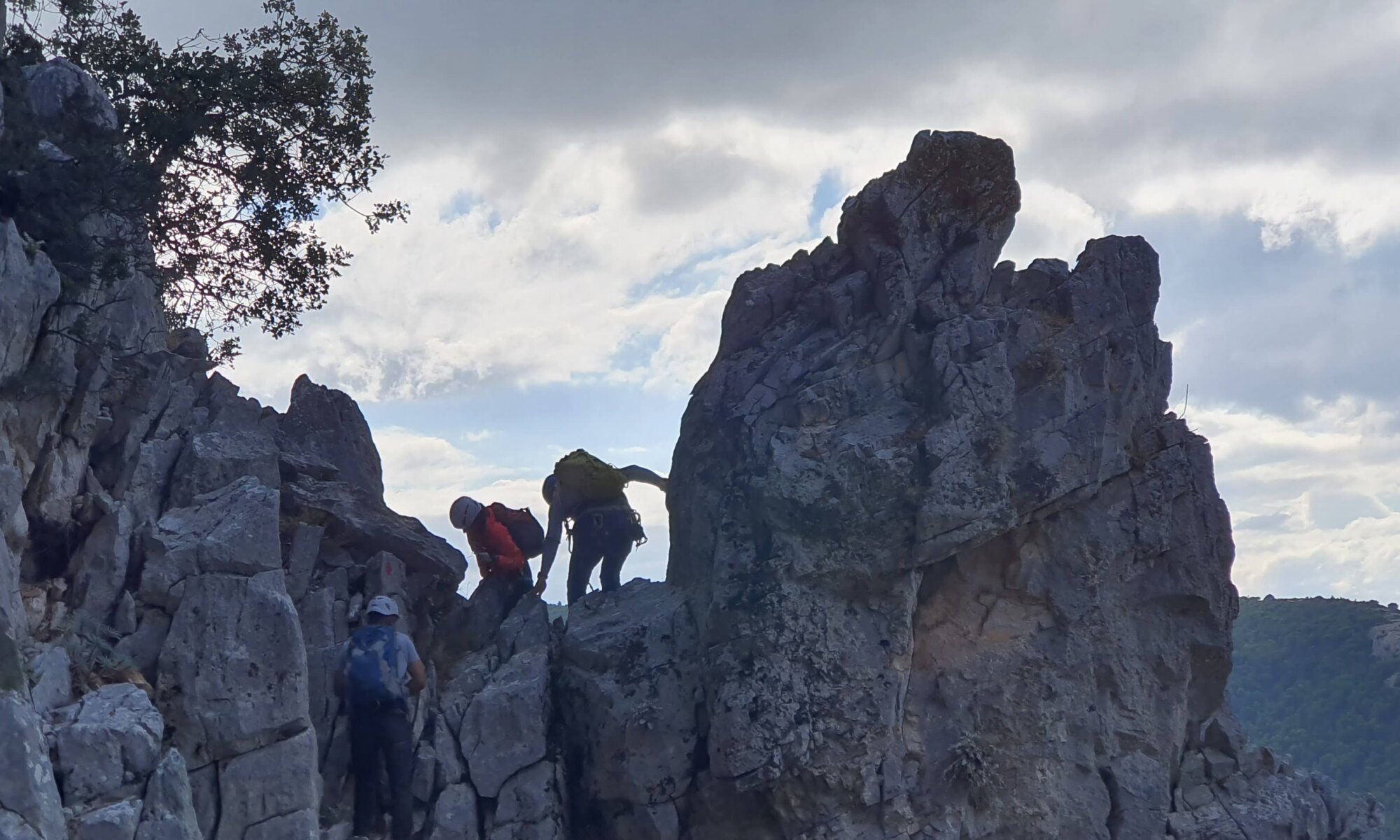 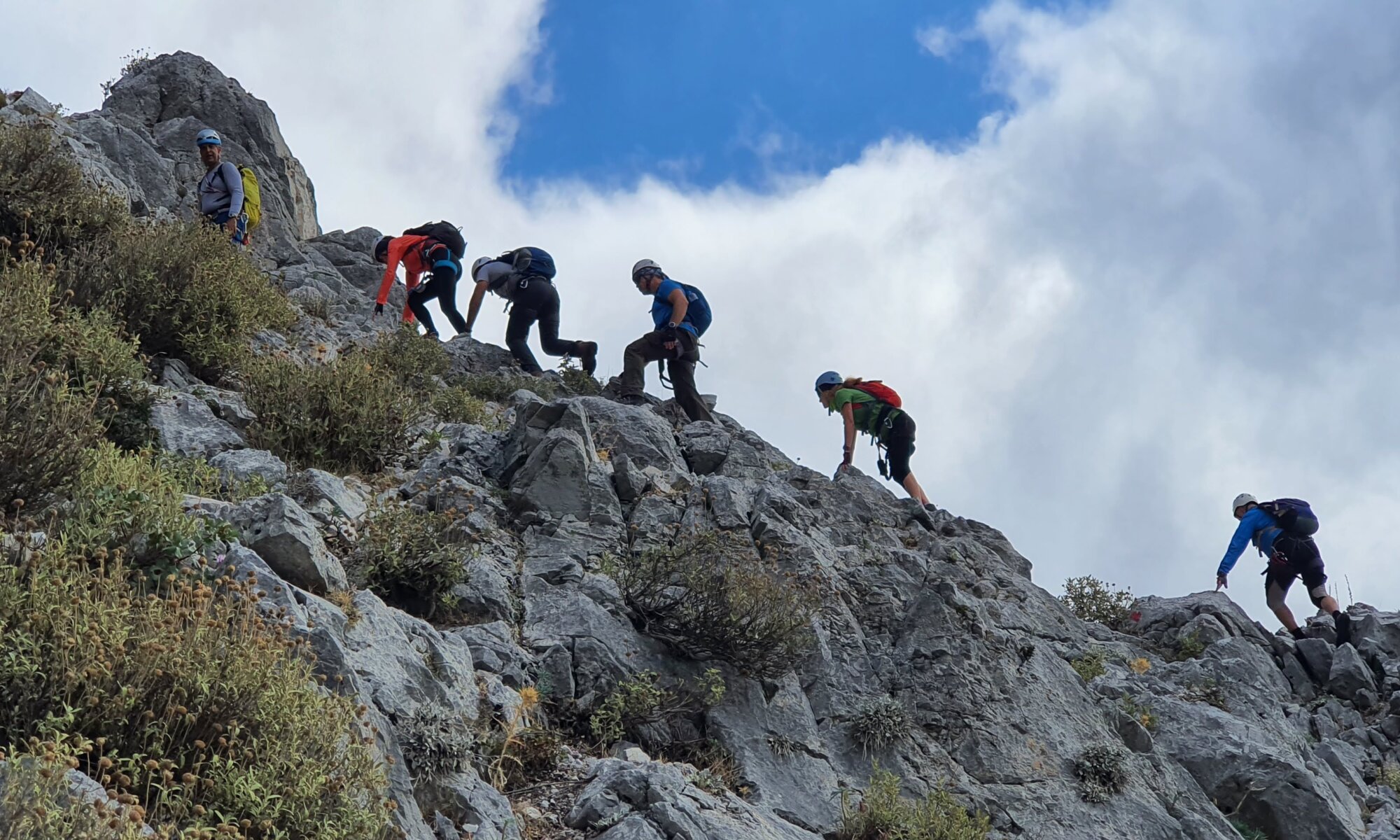 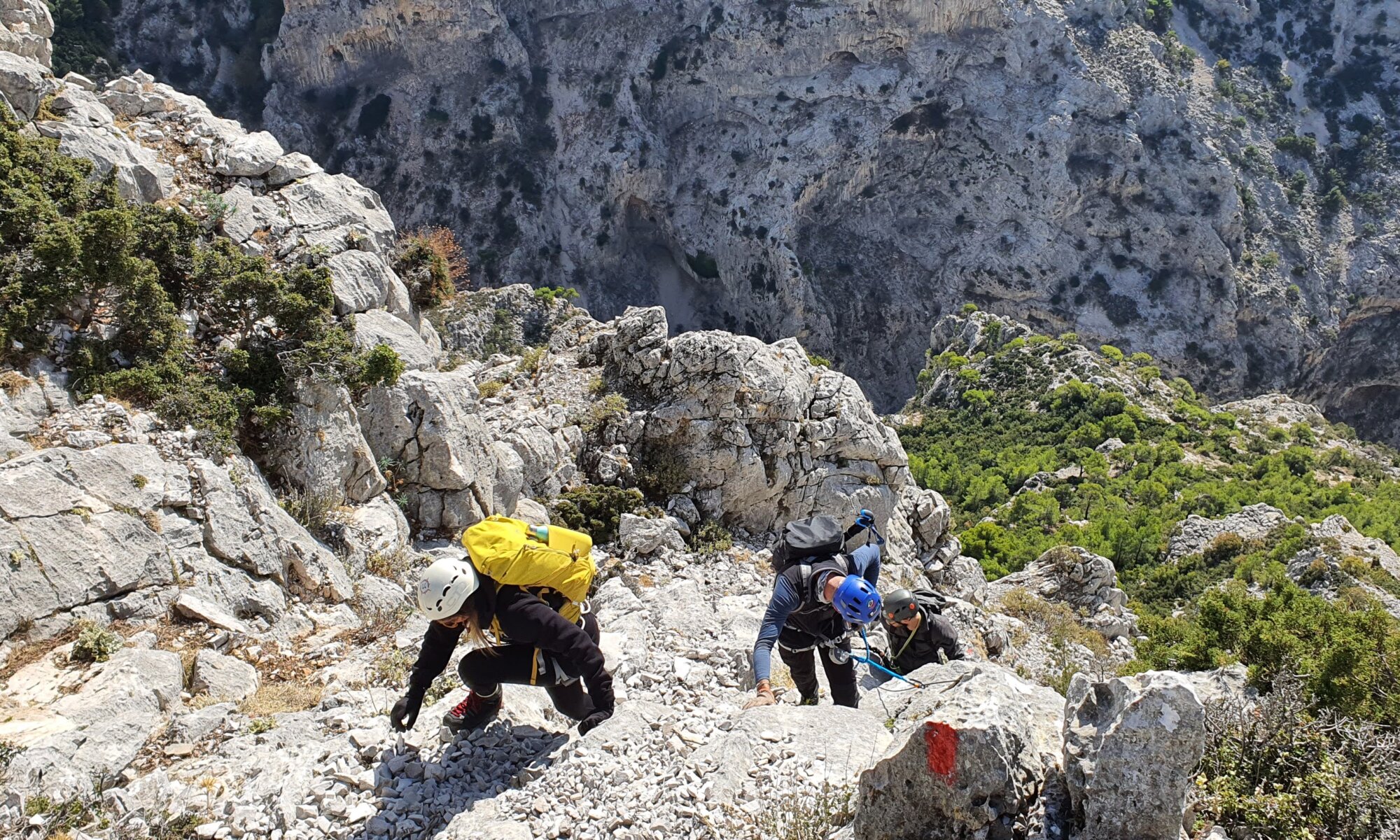 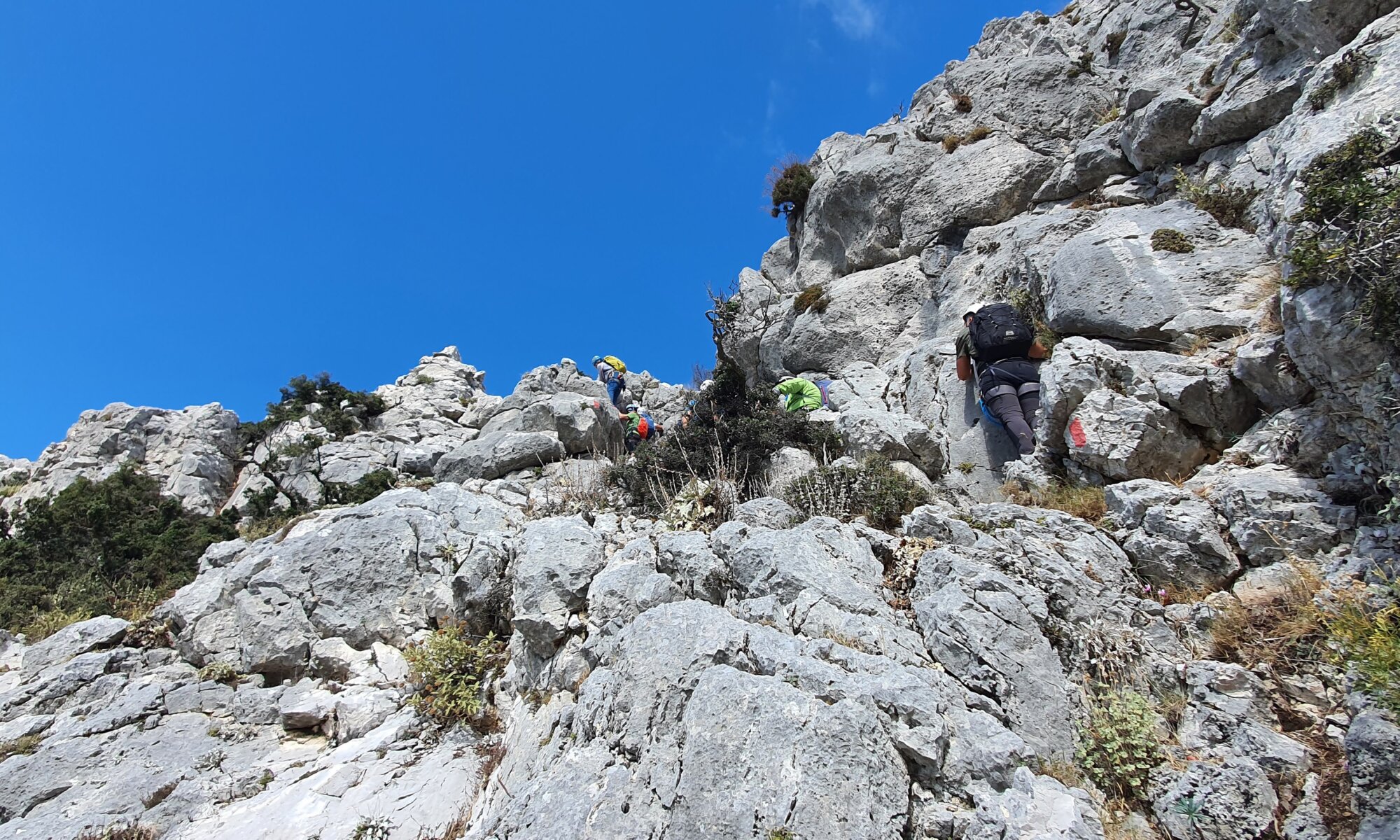 As the name suggests, the concept is Italian. Immediately after the 1st World War in the Dolomites, people started climbing the mountains taking advantage of the extensive infrastructure left behind by the soldiers. The routes were impressive and took you to places otherwise inaccessible. The development of tourism in the area led to the maintenance of old and the creation of new routes. At the moment thousands of people visit the Dolomites in the summer to climb one of the thousands of amazing routes.

A via ferrata can be short and short (200-300 m), but it can be long and reach up to 1000 m, requiring mountain experience. One can even do multi-day routes passing from one via ferrata to another. A via ferrata is not as demanding as a climbing route. It is certainly more demanding than simple hiking.

On the wilder side of Mount Parnitha, the impressive right slope of Armas dominates.
The via ferrata in Arma starts a little above the Kliiston tis Fili monastery and then the path passes through exposure points in the void and this in itself is quite exciting! But what really makes it special is the direct contact with the special nature of the imposing vertical slope. It is addressed to all those who do not have a phobia of heights and have a satisfactory physical condition. Even for children. Accompanied by adults of course.

What does a Via Ferrata gear include? 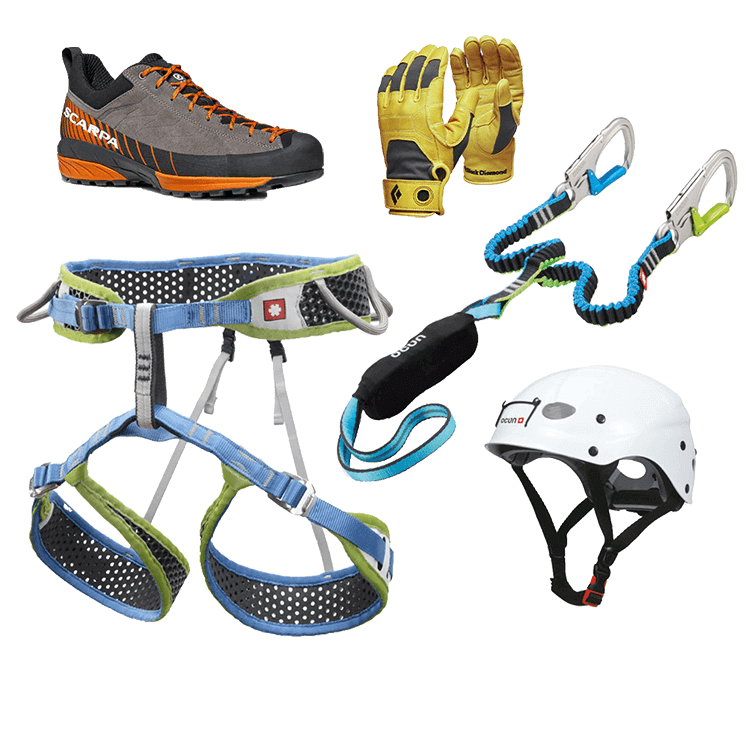 In each and every of your Via Ferrata adventures you will need the 4 most important elements:

Apart from the gear mentioned before it is worth mentioning the following elements worth having with you:

INCLUDED IN THE PRICE

NOT INCLUDED IN THE PRICE

What you should bring with you (minimum necessary basic equipment)

Hiking Boots and a small backpack

Cycling gloves, leather (ask us). We provide the equipment for the activity (helmet, harness, shock absorber)

In case of cancellation of participation and if an advance payment or the full price has been paid, the following applies:

We will send you at most one or two short email a month. And we will NEVER EVER pass your info to any other outfit, no matter how worthy.

We use cookies on our website to give you the most relevant experience by remembering your preferences and repeat visits. By clicking “Accept All”, you consent to the use of ALL the cookies. However, you may visit "Cookie Settings" to provide a controlled consent.
Cookie SettingsAccept All
Manage consent

This website uses cookies to improve your experience while you navigate through the website. Out of these, the cookies that are categorized as necessary are stored on your browser as they are essential for the working of basic functionalities of the website. We also use third-party cookies that help us analyze and understand how you use this website. These cookies will be stored in your browser only with your consent. You also have the option to opt-out of these cookies. But opting out of some of these cookies may affect your browsing experience.
Necessary Always Enabled
Necessary cookies are absolutely essential for the website to function properly. These cookies ensure basic functionalities and security features of the website, anonymously.
Functional
Functional cookies help to perform certain functionalities like sharing the content of the website on social media platforms, collect feedbacks, and other third-party features.
Performance
Performance cookies are used to understand and analyze the key performance indexes of the website which helps in delivering a better user experience for the visitors.
Analytics
Analytical cookies are used to understand how visitors interact with the website. These cookies help provide information on metrics the number of visitors, bounce rate, traffic source, etc.
Advertisement
Advertisement cookies are used to provide visitors with relevant ads and marketing campaigns. These cookies track visitors across websites and collect information to provide customized ads.
Others
Other uncategorized cookies are those that are being analyzed and have not been classified into a category as yet.
SAVE & ACCEPT